Getting Back to You 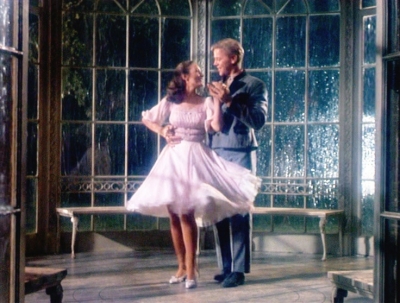 When that happens, after it happens
Nothing is quite the same
Somehow I know I’ll jump up and go
If ever he calls my name

You may think this kind of adventure
Never may come to you
Darling sixteen going on seventeen
Wait a year . . .

Sixteen Going on Seventeen Reprise, The Sound of Music Soundtrack, 1965.

Growing up in the 60’s and 70’s, girls were encouraged to go to school and get an education so that one day, we could have a “good job” however the focus for women was still very much about growing up and one day falling in love and living happily ever after.

I achieved academic success and I can remember a time, in the early 1980’s, a high school guidance counsellor, suggested that I pursue a career as a lab technician, for the pay was $14,000 a year, which was, in his words, “good money for a woman.” I thought, “I’ll show you buddy.”  I went on to obtain bachelor’s degrees in Applied Kinesiology and in Education.

As a track athlete, I had the opportunity to build self-confidence and self-esteem, learn about teamwork and goal-setting, all while having fun and staying in shape.  In track & field, many of our team mates were boys and we discovered how to have positive relationships with both men and women.

Despite my education and my success in sport, one of my personal priorities was to get married and start a family. My plan was to have a couple of children, work part-time while they were young and then see what happened after that.

Our first child was our son Adam and a couple of years later, we were blessed with our second child, Eric.  Eric had multiple disabilities and his health was quite fragile. As an infant, he would scream for most of the day and night.  My husband, Lou, and I would take turns with his care.  I was at home during the day and when Lou got home from work, he would take over.  I would get dinner ready or go for a jog and head to bed around 9 or 10, to get a few hours’ sleep.  I would wake up around 1:00 am and take over for Lou.  Eric would usually be asleep by 3 am, and we would both wake up around 6 in the morning.  Lou would get ready for work and I would start the day with the kids.  I can remember feeling like I was floating. I didn’t have time to think about a career, much less anything else.

At times, I felt very isolated, and so dependent on others. When Adam was about 5 years old, a friend and I coached our sons’ soccer team.   One evening after a game, I recall sitting on the floor and screaming because there was so much I wanted to do with coaching; after all, that was my background. I was so frustrated because I didn’t have the time to do it.

One day, when Eric was about 5 years old, I received a phone call to become a member of a local children’s services planning committee.  It was a committee made up of government, parents, non-profit service providers, and interested citizens.  As soon as the meeting started, I felt energized and invigorated.  I came home and threw my hands up in the air and said, “yes, this is what I needed”.

I looked forward to the monthly meetings.  It took some adjustment for my family; we had to plan accordingly to ensure that we had support for Eric.  I made sure that we made it work. 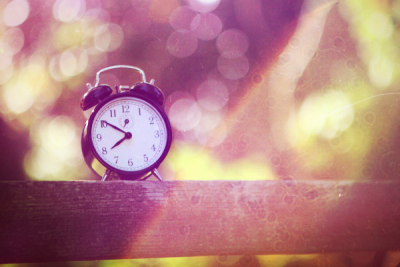 hile having lunch with my mom and feeling quite empowered, I told her that it was time for me to get a job.

Knowing how tired I was and how challenging our lives were, she remarked, “How are you going to do that?”

Then I asked her, “Do you want me to feel the way that you do, when I am your age?”

Looking up at me, she paused for a brief moment and said, “No”.

That was a turning point in my life. I had set my intentions and then went on to plan how to do it.  I continued on various committees and I landed a job as a project manager, with the task of setting up our local central point of access of children’s services.

I briefly held a position as the Coordinator for Windsor Advisory Committee on Disability issues and then co-founded, Ensemble, a resource and support organization for parents who had children with a disability.  It was here that my career “took off”.  I shared my story at various speaking engagements, helped others in a similar situation, developed training and professional development workshops, lead special projects, participated in government policy development, and was a member of various provincial committees. I was learning while working and the nature of the work was quite therapeutic.

I realized that my happiness was up to me and after a few years, I truly felt like I was “getting back to me.” I had my independence; I was contributing financially, was able to pursue personal and professional development, I was not isolated anymore, and I was feeling a whole lot of positive emotions. I enjoyed my role as mom, partner and spouse; but now I was also colleague, leader, partner, writer, and presenter.

As women, it’s important to take care of ourselves and to not let go of our goals and dreams. We may become mothers, wives, partners and quite often we put our own stuff aside.  One day you may wake up and ask, “what happened to me and what I wanted to do?”

I am not sure why we do it, but for some reason, we do.  In talking to many people, even some of the most accomplished women, they reveal that they have put their goals and dreams aside or have modified them in some way.  I am also quite surprised at the many young women who are in their teens, 20’s and early 30’s who continue to do this even in today’s progressive-minded era.

Why?  Is it an expectation?  Is it our instinctive nurturing characteristics?  I don’t have the answer. I do have some ideas and suggestions.

Every woman has a story.  How can you pass along what you have learned to other women of all ages, to help them find their way in “getting back to me”?