All she wanted to do was dance.

He looked at her from across the room, in awe of her tenacity and enthusiasm. Her hair was a little greyer and there were a few more laugh lines framing her face, but, “she was just as beautiful and vibrant as the day he had met her”.

He couldn’t believe that they were celebrating her 50th wedding anniversary.  “Fifty years; where did the time go?”, he thought.  They had been through so much together…

He remembers the first time he had met her, like it was just yesterday.  He was captivated by her no-nonsense and straightforward attitude.  Her honesty and her warm spirit was unlike anyone he had ever met before.

It wasn’t long before they made a commitment to one another and celebrated their wedding with family and friends.  Their relationship was admired by everyone around them.  They had that “something special”.

After a couple of years, they welcomed the arrival of their first child, a healthy baby boy.  The start of a wonderful family. 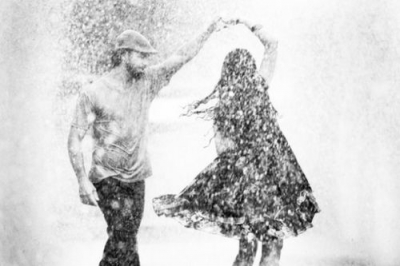 Next, came the birth of their daughter.  This time it was different.  She was ill and she would live with a serious disability. Instead of celebrations, there were days upon weeks upon months spent in the hospital and visiting numerous doctors and therapists.  The months turned into years and before he knew it, he and the love of his life had become so disconnected.

So much attention and care was required for their daughter.  His wife carried most of the responsibility at home and she was always out at some meeting, fighting for the cause.  He wondered how much more she could take on. For him, there were so many pressures at work and he didn’t have much energy for anything else.

There were so many different people in their lives, and while support workers were helpful, he felt a loss of privacy and intruded upon.  Every week it seemed like there was a different issue at his daughter’s school and some new restriction from the government, the continuous worry and concern about their daughter, not to mention the little time they had for their son.

The months turned into years and before he knew it, he and the love of his life had become so disconnected.  There was such a distance between them.

As he reflected some more, his thoughts take him to a time when she wanted to dance.  They were at a family party and the music was electrifying.  She tried to pull him up and he wouldn’t budge.  He didn’t want to.  He liked the music but he felt vulnerable to dance in front of his family. He knew that it would make her so happy if he would just get up and dance but no matter how much she pleaded, he wouldn’t do it.   He knew that it made her sad and she had been through so much already, that if he could only get up, put aside his fears or his ego, she would be so happy.

It was the little things that made her smile.  All she wanted to do was dance. Why couldn’t he let go and just do it?

They had forgotten about the little things, the glance across the room, the walk through the neighborhood, an afternoon coffee, the laughter that they used to share.

Things eventually settled down and they managed to live with some degree of normalcy. Whether it was the fact that they genuinely liked each other or some other force of nature, they had made it to their 50th anniversary.  That was something to celebrate.

The music was playing in the background, not quite as rousing as in their younger years, but it was a song that had momentum and meaning.  He got up, walked over to her, extended his hand and said, “would you like to dance?”  Her face lit up and she embraced him with all of her heart and they shared a dance.  It was so good to feel close again, the warmth of her touch and the softness of her cheek against his.  “Why didn’t he do this sooner?”

So many of us go through difficult times.  The pain and the feeling of helplessness, the exhaustion, and sadness can be overwhelming and put a strain on any relationship.  I began my work as a family coach because I know first-hand the stresses that a family can incur during hardship.

With the upcoming celebration of Valentine’s Day, I wanted to inspire all of you to spend some extra time with the people whom you care about.  Take a pause to talk to one another and to understand each other’s point of view.  Know that you don’t have to go through dark times alone and whether it be a friend or a professional, there is someone who will listen and provide support.

Most of all, focus on one another.  Make a vow to pay attention to each other’s feelings and desires, not only on Valentine’s Day, but every day of the year.  Do the dance today so that tomorrow you don’t have to say, “I should have done this sooner.”