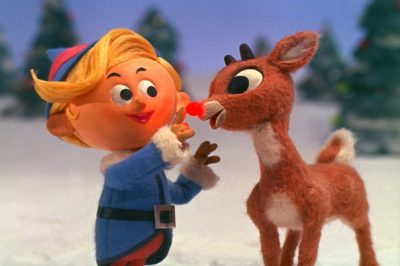 If your household is anything like mine, it’s a Holiday tradition to watch some of the classic specials such as Santa Claus is Coming to Town, The Grinch Who Stole Christmas and good ‘ole Frosty the Snowman; all timeless and ageless “must-sees” for the yuletide season.

The one that resonates the most with me is the story of Rudolph the Red Nosed Reindeer.  Adapted from a song, the story is about a reindeer named Rudolph, who has a unique characteristic.  He has a shiny nose.  This meant that he was different and unlike all of the other reindeer, who, by the way, chose to laugh and call him names.  Rudolph’s own parents viewed his difference as a flaw and tried to cover up the unique characteristic about their son.  When your own parents are embarrassed or not accepting of you, that really hurts.

The one person who did accept his difference was a cute reindeer named Clarice however her support was quickly silenced by her father, who also wanted nothing to do with Rudolph.

Rejected by his friends, coach and parents, Rudolph decides to run away from home.  He is joined by Hermey, an elf who also deviates from what is expected of him.  Instead of wanting to work as a toymaker, Hermey wants to be a dentist.  Rather than be supported to reach his dreams, he too was shunned.

As Rudolph and Hermey go along their journey, they find themselves in the Island of Misfit Toys, where unconventional toys go when they are rejected by their owners; unwanted because of their variance from a normal or typical toy.

After a long expedition, Rudolph and his friends decide to return to the North Pole.  There he learns that his parents and Clarice are off looking for him.  He also finds a troubled Santa who is about to cancel Christmas because the weather is too bad for him to take the sleigh out.  As he begins his announcement, he suddenly notices Rudolph’s red nose.  Santa’s “aha” moment!  Rather than be viewed as a flaw or inadequacy, his nose provides the means that saves Christmas Day. 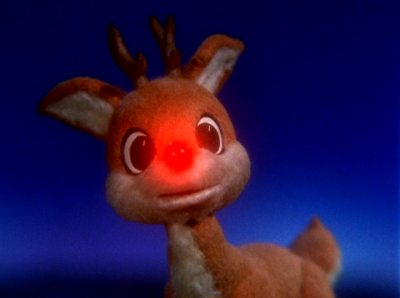 The point I am trying to make is that there is deeper meaning in the story of Rudolph. As a parent who had a son with multiple disabilities, I can certainly relate to the inability of others to recognize what my son had to offer.  He wasn’t included in the school play, yet he had a smile that could light up a room.  I have heard countless stories from parents who work tirelessly to convince others that their son or daughter has the ability to work, learn and play with everyone else.

Each of us has unique qualities, diverse strengths, and assorted interests.  I hope that the story of Rudolph inspires people to embrace the diversity in all of us and that we find a way to make sure that no one is shunned or excluded from anything.  It is what is different in us that can make a difference for others.